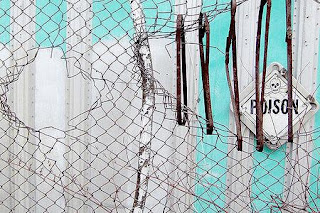 Residents of Alameda, a city near San Francisco, were warned not to make any bodily contact with their tap water at one point this month as a result of a water quality problems.
The East Bay Municipal Utility District said problems at its Alameda Point drinking water system were likely caused by the “cross-connection” of an irrigation pipe with a drinking water pipe, The Los Angeles Times reported.
The health advisory impacted “267 homes, and more than 60 businesses in the Alameda Point neighborhood,” ABC7 News reported.
The city lifted the bodily contact order before it lifted a simultaneous drinking order, according to an official statement. The ban on drinking water has since been lifted, as well.
“It’s not clear when — or how — the cross-connection occurred or what specifically was detected that triggered the warning. Residents were advised not to drink water from faucets or use tap water to brush their teeth, wash dishes, bathe, cook or give to their pets,” The Los Angeles Times reported.
Details on how the city reassured state regulators that bodily contact was again safe:
Throughout the day, the City of Alameda and East Bay Municipal Utility District (EBMUD) removed the source of non-potable/drinking water at Alameda Point, which was attributable to an existing irrigation well, flushed the system with EBMUD water, and then tested the water to confirm the non-potable water was flushed.
An official statement said these actions prompted the State Water Resources Control to lift the bodily contact ban.
Residents had noticed that the water smelled and tasted strange.
"It had a really foul taste," says Diana Hurwitz, an Alameda Point resident, per ABC7 News. "It was clear, it didn't have any clouds in it, but it tasted really bad."
Posted by Backflow Case at Saturday, September 30, 2017

ALAMEDA (KRON) — For the second night in a row, the City of Alameda was urging people living in the Alameda Point community to not drink or use the tap water.
This after the East Bay Municipal Utility District says it found traces of non-drinking water in the drinking water.
...
RESOURCES FROM CITY:
Community needs: The City of Alameda has made 10 portable showers available for affected residents. Two of these showers are ADA compliant. Showers are located at the Alameda Fire Department Training Facility at 431 Stardust Place in the parking lot.
For those wishing to contribute to affected residents, they are in need of baby wipes, disposable diapers, and hand sanitizer. These items can be dropped off at the Alameda Point Collaborative, 677 W. Ranger Avenue, and will be distributed by volunteers. The Red Cross is providing bottled water and paper goods.
Do-Not-Drink Water Alert Remains in Place: While water quality continues to improve at Alameda Point, people should refrain from drinking or using tap water for cooking or bathing at Alameda Point, and avoid bodily contact. Water can be used for toilet flushing.
This water quality alert will not be lifted until the State Water Resources Control Board Division of Drinking Water deems the water safe for drinking and bodily contact.
No immediate health threat has been found. If people have health concerns, they should talk to their doctor.
Additional information
Please call our water alert hotline at (510) 747-7460 for additional information. The hotline has received over 100 calls today from concerned community members.
Who is affected by this alert?
The water quality issues are isolated to Alameda Point due to the nature of the non-EBMUD infrastructure. 268 residents and over 60 businesses are affected and each has been notified. This only affects areas west of Main Street. Areas that are not affected include Coast Guard Housing, Bayport, Summer House Apartments, and Atlantic Apartments. The map below outlines the Alameda Point area in red:
What happened?
While field investigations are ongoing, it is likely that the source of the water quality issue is related to a cross-connection between a potable drinking water line and a non-potable irrigation line. Tests were taken at specific locations Tuesday night and we hope to have preliminary results of those tests by Thursday morning. Further testing is being done today, and those results will be available by the end of the week.

Link to full story by Philippe Djegal can be found here.